I recently celebrated (if that’s the right word) my 79th birthday. Instead of a birthday card my eldest son Ric sent me two photographs taken in the grounds of the Chelsea Royal Hospital where he is Grounds and Gardens manager. Ric is responsible for the maintenance and development of 60 acres of gardens and grounds surrounding the Christopher Wren designed hospital. As most gardeners would know the world-renowned Chelsea Flower Show is held in the grounds every May although last year, because of Covid, the show was held during autumn. 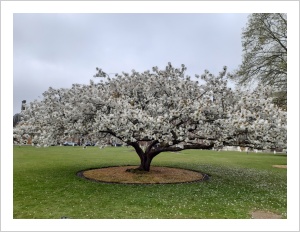 Ric has had a distinguished horticultural career. He worked for the precursor of Lambley after he left school and then helped set up Lambley nursery which was then in Dandenong Ranges.

He travelled overseas and after a stint at the Copenhagen Botanic Gardens he became head gardener at an important Copenhagen garden. A further spell at the Copenhagen Botanic Gardens where he was in charge of the tropical orchid glass house and the endangered species house followed. Granted a year’s paid leave he studied for his Master Gardener qualification. Writing his thesis, in Danish, on a natural Australian native orchid, and defending his thesis in Danish before five Master Gardeners he passed with distinction. 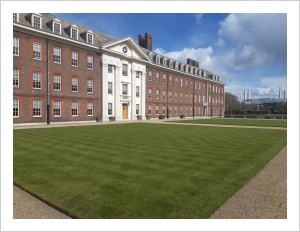 He moved to London where he worked for a while at the Kew Botanic Gardens before becoming head gardener at Peckham Rye Park. From there he was offered a job as head gardener at Dulwich Park. After a few years at Dulwich he became head gardener at the Cadogan Estate in Chelsea. This estate, owned by the Earl of Cadogan’s family, takes in 100 acres of Chelsea and Knightsbridge and includes 16 acres of private garden. Cadogan Square and Hans Place, both situated near Harrods, are the two best known gardens in the estate. Seven or eight years later a job with the Crown Estate followed.

He became head gardener of the grounds around the built environment on the south, east and west side of The Regents Park. He has held his present job at the Chelsea Royal Hospital for more than two years. He lives in a Christopher Wren designed lodge house which goes with the position.