The Mount Fuji Cherry avenue at the nursery has finally burst into flower. We planted the avenue to celebrate the birth of our granddaughter Lili who was born in the village of Oshino in Yamanashi prefecture. The village is very close to Mount Fuji which was framed by Lili’s bedroom window.

Our trees have grown well, even through the drought years, although they need regular watering. If the trees dry out at the root the branches start to die back. I wouldn’t plant ornamental cherries again because they need so much supplementary water. Having said that there can scarcely be anything more beautiful than these cherries when they are in full flight. 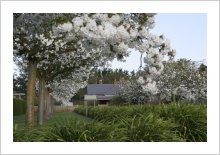 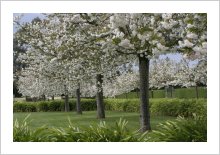 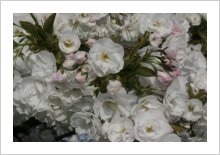 I planted two metres tall standards. The trees were bare rooted. The supplier, a specialist in cherry tree production, said that the trees wouldn’t need staking if I cut the top growth back to 10cm stumps, which I did. The trees flourished and made metre long growths during the first growing season. Now eleven years later the best of them have a spread of nine metres or so.

The roots of these cherry trees have spread almost ten metres, a point to remember when irrigating trees. It isn’t much use pouring water down one pipe near the base of the trunk of a tree. An area at least as large as the tree’s canopy has to be watered to be effective. 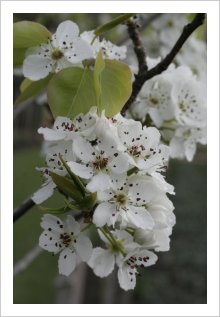 I’ve finally finished a garden for another granddaughter. Molly’s Walk has a double row of Pyrus calleryana ‘Valiant’ on each side of a two metres wide grass path. This ornamental pear has very showy white flowers clustered in large corymbs some eight centimetres wide. It is one of the narrowest growing of its type which suits the constrained space in which it’s been planted.

Late September and early October is tulip time and the formal bedding in the vegetable garden is at its best this week. We plant six thousand Dutch tulips in this garden and don’t worry too much about clashing colours. A mixed strain of Ranunculus is planted in strips between the varieties and this weaves the garden together. 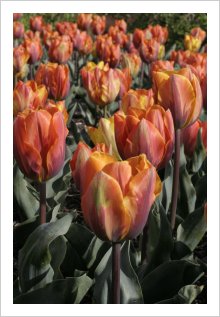 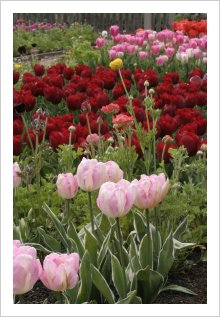 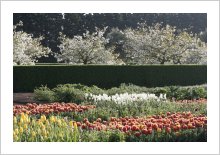 My special love is for the wild tulips of Central Asia, Turkey, Greece and Iran. Whilst on the whole not as blowsy as the Dutch hybrids they are more permanent plants for general garden use especially if they aren’t watered much during the summer. Some groups of Tulipa whittallii, from Izmir in Western Turkey, and T. kolpakowskiana, from Kazakhstan and adjacent areas , have been in the same spots in the dry garden for more than ten years and produce an increasing number of flowers each year. They are never lifted, just left in a position where they get winter and spring sunshine. Too much summer watering is likely to rot the bulbs. 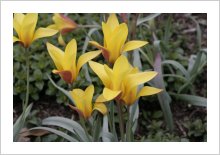 The thyme lawn has a few tulip species planted in it. Tulipa clusiana, the lady tulip, found wild in Kashmir, Afghanistan, Pakistan and Iran is one of the most beautiful of all. One form which I think must be T. clusiana ‘Lady Jane’ grows more than 35cm tall and has white flowers with pink backs.

Tulipa vvedenskii was described as late as 1954. It was discovered in the Tien Shan mountains “above the village of Tyurk in the valley of the Angren River, southeast of Tashkent, Uzbekistan.” It’s a very good doer with me increasing well and setting the garden alight with its flaming orange flowers. 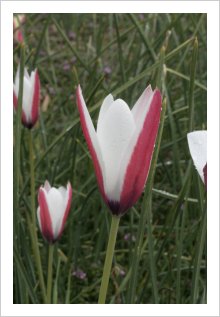 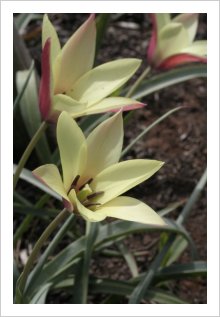 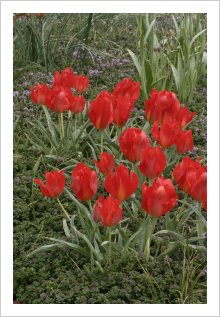