There has been a lively discussion on Michael McCoy’s Gardenist site about the relative merits of heirloom and F1 hybrid seed. So many issues were raised in the discussion that it’s impossible to deal with all of them in a short Garden Note. I’ll look at one issue that comes up time and time again, flavour and tomatoes. 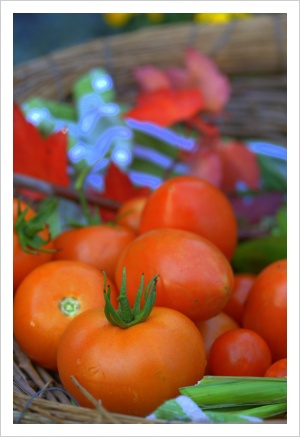 Over the last decade or so commercial seed companies have been putting a lot of effort into breeding flavoursome tomatoes. It’s no easy task as commercial growers also need high disease resistance, heavy cropping and good shelf life. The better a tomato tastes the higher the price commercial growers receive for their product. Consequently they are willing to pay more for seed of good varieties. This has spurred competition between seed companies to breed ever better tomatoes.

The result of this work is now becoming available to home gardeners and some new commercial tomato varieties have terrific flavour.

Not that this flavour is better than some of the best “heirloom” varieties such as ‘Brandy Wine’ and ‘Black Krim’. The problem with most heirloom varieties though is their lack of disease resistance. Many people just can’t get a decent crop, or any crop at all, from these older varieties.

Tomatoes suffer from a plethora of viral, bacterial, fungal and root knot diseases.

During the tomato season visitors to the garden often say that “It’s been a bad year for tomatoes”. The following is a list of the major tomato diseases that make a “bad year”.

Tomato Mosaic Virus (TMV) is carried on the tomato seed

Some fungal diseases that affect tomatoes:-

Three species of root knot nematodes can infest tomatoes. All are soil borne and are capable of causing serious problems.

It’s the pressure of a combination of these diseases which makes growing “heirloom” varieties increasingly less rewarding.

Over the last two years Lambley have been trialling new tomato varieties in our own garden. The results have been astonishing. The best tomato varieties had excellent flavour and were productive over an extended period. We were still picking good ripe tomatoes in late May. Healthy tomato plants should keep producing right through summer and autumn and even into winter in warmer districts. Good flavour, high productivity and high disease resistance come at a cost. It’s a long and expensive process breeding new tomato varieties and recently a further cost has been imposed on imported tomato seed. 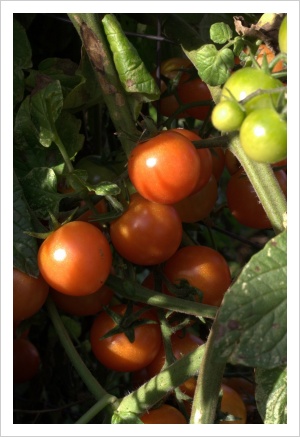 There is a new rigorous seed testing procedure which the Australian Quarantine Inspection Service requires to be undertaken before tomato seed can be legally brought into Australia. Every batch of every variety has to be tested. Each test costs three thousand dollars or more. This testing is vitally important as new virus diseases, which could devastate the potato and tomato growing industries, can be carried on imported tomato seed.

Smuggling tomato seeds into Australia is a serious offence.