Sweet Peas are traditionally sown on St Patrick’s Day, the 17th of March, although it’s fine to sow anytime from mid-March to mid-April. Later sowings can be made but you then risk the plants not growing as well as they might.

At Lambley we sow individual seeds 1cm deep in 7.5cm pots. We don’t direct sow into the garden because we grow our sweet peas on the previous season’s tomato trellis and as we still pick good quantities of ripe flavoursome tomatoes well into May we are reluctant to pull the tomato vines out earlier. Anyway sowing the sweet pea seeds in pots gives us much better control.

Sweet pea seed can be sown directly into well prepared garden beds as long as attention is paid to watering until the seed germinates.

This year we have some excellent varieties sourced from specialist English sweet pea growers. Due to the difficulties involved in importing sweet pea seed and the often poor viability of much of it we are now collecting and selling seed from plants grown in our own stock beds.

These are the best for garden decoration, vigorous, free flowering and very fragrant. They are good as cut flowers but not as good as the Spencers.

Strength of fragrance. 0=none 6 = strongest 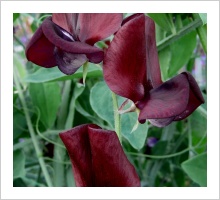 A dark maroon variety which has remained popular since it was introduced by Henry Eckford in 1898.    Fragrance = 5 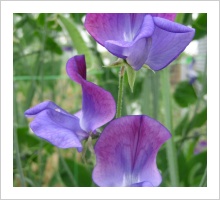 Sweetpea 'Captain of the Blues'

This beautiful bicolour is a reselected form of a variety raised in 1909 by Morse. Bright blue wings and purple blue standard. Fragrance = 5 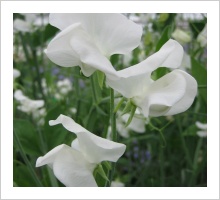 Given an Award of Garden Merit by the RHS in 1995 and introduced by Henry Eckford in 1903. One of the best old white varieties. Fragrance = 5 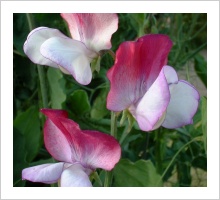 Fire and Ice Crimson and blue bicolour with flecking in the crimson. Fragrance = 5 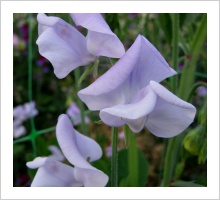 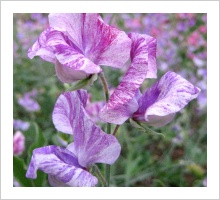 The Major Purple flecks on a white ground. Fragrance = 5 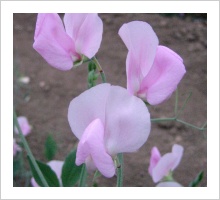 Soft hints of salmon on pale pink and white. Fragrance = 5

The first Spencer sweet pea, ‘Countess Spencer’, was shown to great fanfare for the first time in 1901 at the first show held by the newly formed National Sweet Pea Society in London. Silas Cole was the head gardener at Althorp Park, the seat of Earl Spencer and Lady Diana Spencer’s birth place. The Spencer sweet peas have much larger flowers with very frilled standards. Spencers are the best varieties for cutting having long strong stems.Flower size has come at the price of reduced, although still beautiful fragrance. Spencers are also later flowering than the old fashioned varieties and in a good year can be picked well into December. 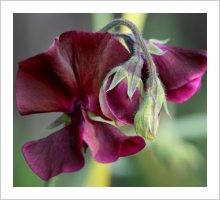 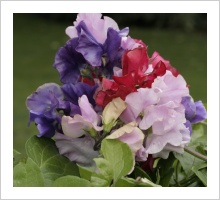 Our own mixed strain of the best Spencers that Chelsea has to offer. Blues, mauves , pinks and reds can be expected. Fragrance = 3 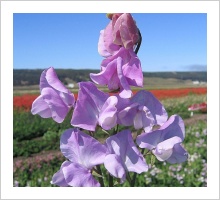 Strongly waved deep lavender with a strong fragrance for a Spencer. Fragrance = 5 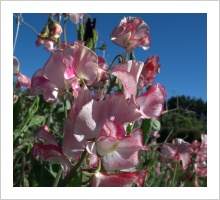 Carmine stripe on a white ground. Earlier flowering than other Spencers. Fragrance = 3 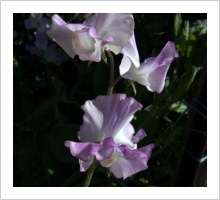 Lilac stripe on white ground. One of the best new varieties good in the garden as well as a superb cut flower. Fragrance = 3 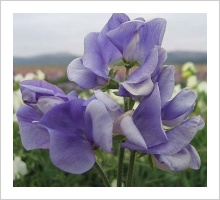 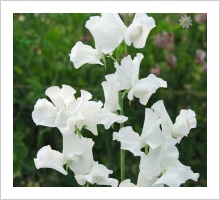 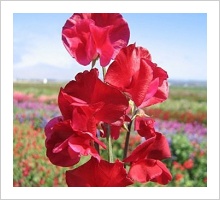