One of the best vegetables

One of the best, if not the best, cool weather spinach I’ve grown is ‘Black Glove’. It’s quick to grow, easy to harvest and silky to eat. ‘Black Glove’ has been bred especially for mid to late autumn, winter and early spring sowing. Great as a baby leaf it is equally equally good when harvested as a full size bunching spinach. If sown late March and monthly thereafter until early September it will crop from the end of April until the end of October. ‘Black Glove’ isn’t recommended for warm weather sowing. 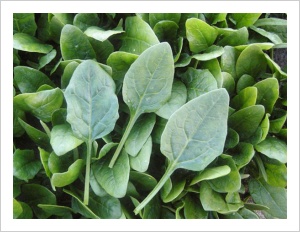 Two Bok Choi varieties are good for sowing now. Both are quick to grow, my last batch was sown barely four weeks ago and I’m harvesting them already. ‘Win-Win’ is a small white stemmed strain and ‘Li Ren Choi’ is a genuine baby Bok Choi. The latter is especially quick to grow and keeps a good shape from early in the harvest until the last.

A fast producing Choi Sum (Chinese Broccoli) with a great flavour is ‘Gunsho’. During warm weather it takes around six weeks to produce its dark green stems. It will take a little longer during cooler weather. The stem are best cut before it develops flowers. Lightly blanched and served with oyster sauce it is one of my favourite greens. My favourite rocket is ‘Astro’. Whilst it has a nice peppery flavour it isn’t too strong. Sown now it should be ready in five weeks or t 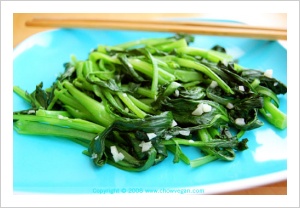 hereabouts. It’s a cut and come again salad green and generally you can get three cuts off it. An 80cm row would be ample for a small family.

Two baby leaf mustard greens will crop at the same time as ‘Astro’ rocket and mixed with the rocket makes for a beautiful looking salad. ‘Golden Frills’ and ‘Red Antler’ have intricately dissected leaves, lime green in the former and crimson red in the latter. . Wild rocket takes longer to germinate and slower to get to harvestable size than rocket but it is also slower to bolt and can be cropped for many months. ‘Nature’ is the strain I grow.

Whilst it is too late to sow bunching kale there is still time to sow a baby leaf Cavalo Nero known as Tuscan Black kale. With all the health benefits this baby leaf kale can be cropped in around 8 weeks from a late March early April Northern Europeans have a special affection for corn salad which is known in Australia as lamb’s lettuce and in France as mache. Sown in autumn a row will produce small flower like rosettes of dark leaves. It makes a delicious salad; the leaves having a slight nutty taste. ‘Vit’ is an old but still excellent strain of corn salad.

‘Zeppo’ is a quick growing beetroot which is good as a baby as it is a full size beet. It has a nice shape and delicious flavour. A late March early April sowing should give some nice baby beets during winter. ‘Zeppo’ is from the Rijk Zwaan breeding program. The company has a large research h and production facility near Daylesford in the Central Highlands of Victoria.